Although numerous scientists and professionals in the industry have worked tirelessly to eliminate this problem from our lives, Chlamydia abortus it remains one of the most prevalent causes of abortion in small ruminants today. Why is that?

The first case of ovine enzootic abortion was described in Scotland in 1936. Since then, scientists have studied the disease in order to understand its behaviour and reduce the damage it can cause to the industry.

Nevertheless, it remains one of the leading causes of abortion in small ruminants worldwide.

THE ANSWER TO THE ETERNAL QUESTION

A key measure implemented shortly after its discovery in order to control the problem was to avoid contact with infected animals from other farms. This measure explains why to date, lambing after lambing, thousands of livestock farmers continue to lose sleep over the disease.

The ideal situation would be to immunise the herd and keep it isolated from others at all times.

“The purchase of animals (asymptomatic carriers), a common and often unavoidable practice, is the main cause of introduction of EAE in herds”

Unfortunately, nowadays, only a few farms are able to maintain complete isolation. 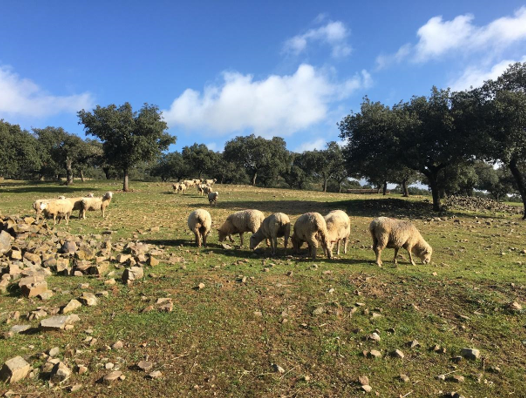 When this cannot be avoided, there are two possible options: buy only animals from vaccinated herds or vaccinate them as soon as possible to reduce the risk of disease spread.

“Infection can only be detected after abortion or parturition”

The second option could be the solution. The problem comes from pregnant ewes or those due to be mated in less than a month’s time (a common practice in countries like the United Kingdom). In such cases, live attenuated vaccines are not an option (administration up to one month before mating and never during gestation); traditionally, inactivated vaccines were also unhelpful due to the limited reduction of shedding they achieve.

A SIGNIFICANT STEP IN THE FIGHT AGAINST CHLAMYDIA ABORTUS

This limitation along with the difficulty in determining the vaccination status of the animals, once meant that the only way to control the problem was to change our habits and avoid introducing animals from other farms. In many cases, this would be an obstacle to achieving the desired profitability, or simply unfeasible in terms of management.

The situation turned around in 2019, with the advent of a new inactivated vaccine which is safe and effective during lactation and pregnancy (unlike live attenuated ones), and significantly reduces shedding, thus helping to control EAE even when necessary to introduce animals from other farms.

RESPIRATORY PROBLEMS: just another problem or something more serious?

RESPIRATORY PROBLEMS: just another problem or something more serious?