Mastitis Diagnosis in sheep and goats may seem complicated. Many different factors are involved in the development of the disease. However, if we determine the aetiological origin: animal-associated, environmental or opportunistic bacteria, it becomes easier to understand and establish control measures.

EASY CLASSIFICATION TO CHARACTERIZE THE PROBLEM

In order to identify the cause(s) of mastitis and take the right measures to control them, we must have the following figure in mind.

Once we understand this figure, we can determine the 3 different origins that will help with the interpretation of laboratory results. Three tables have been created with this objective.

“Individual animal, micro-organism and management play a role in the development of the disease”

Animal-associated bacteria isolated from clinical or subclinical intra-mammary infections in ewes and goats. 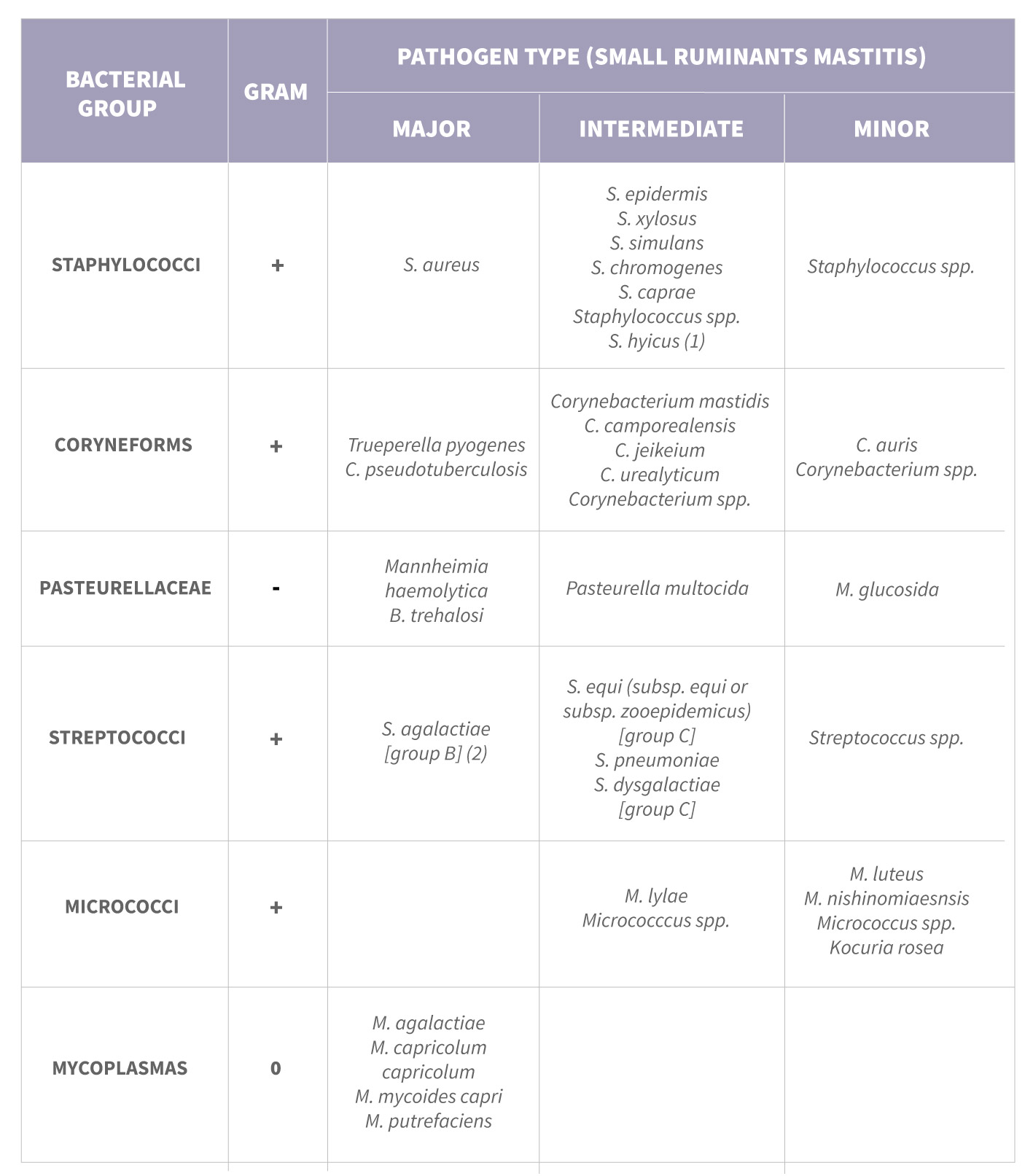 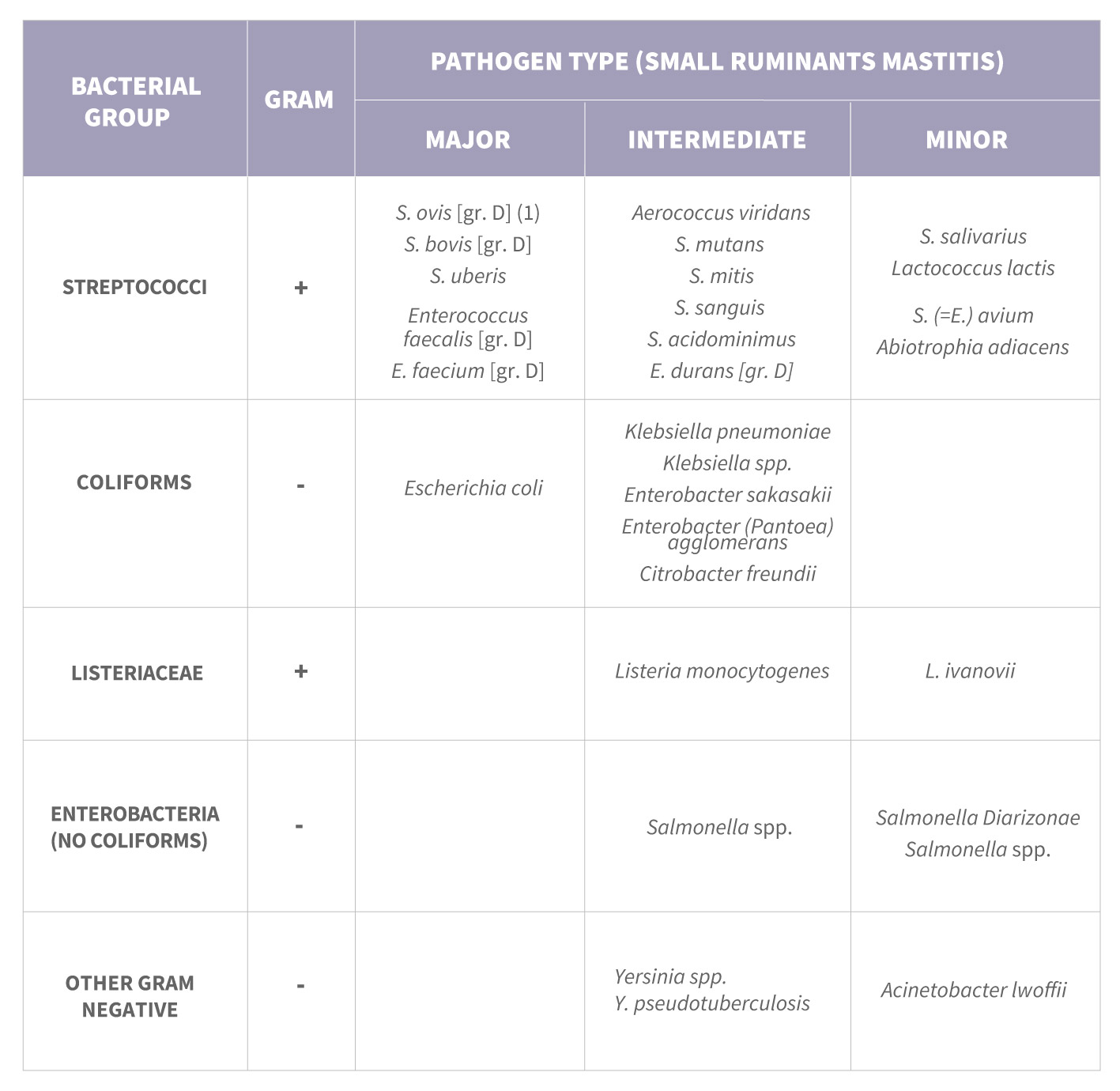 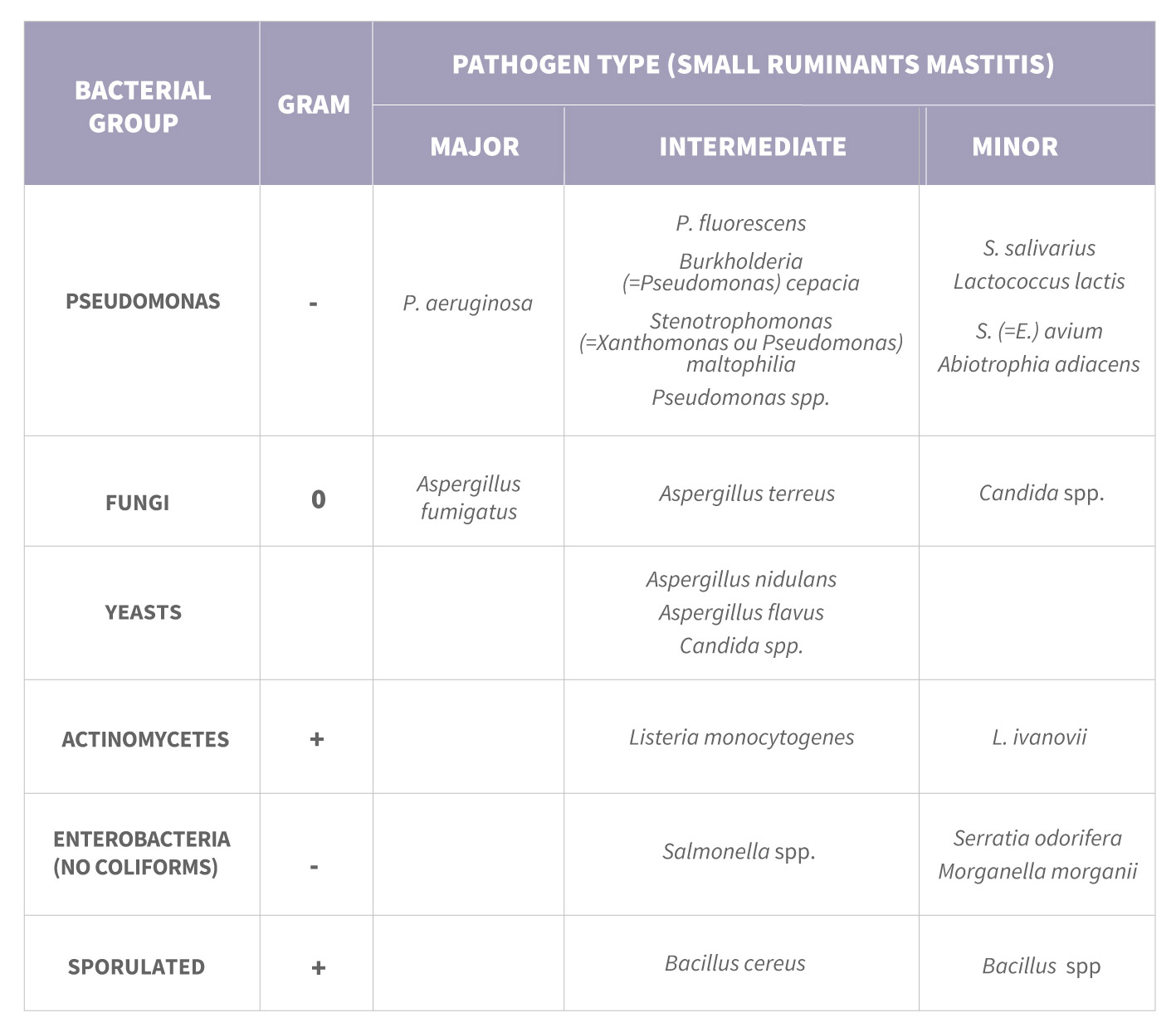 Note that a bacteriological result with:

· Three or more cultured colony types should be considered as not valid (contaminated).

The most commonly isolated species of CNS include S. epidermidis, S. xylosus, S. chromogenes, and S. simulans; S. caprae is also commonly detected in goats, but also in ewes. These four species are also the most pathogenic species amongst CNS, as demonstrated by individual SCC. About twenty other species are regularly or rarely isolated. Moreover, several infrequent coagulase-positive species may be isolated from small ruminant IMI (S. intermedius, S. hyicus, etc.); they can grow when plated on to RPF (Rabbit Plasma Fibrinogen) agar.

“S. epidermidis, S. xylosus, S. chromogenes and S. simulans are the most frequent and pathogenic CNS”

Among Coryneforms, few Trueperella pyogenes are isolated in cases of subclinical IMI; the Corynebacterium genus includes a series of species generally unidentified or misidentified (by conventional biochemical methods) whose pathogenic properties are not well differentiated.

The reservoirs and transmission modes of these various organisms are partly different; indeed, bacteriological examinations with species are needed to target the main epidemiological IMI models (contagious vs. lamb-mediated vs. environmental mastitis) when implementing control programmes.