SHEEP AND GOAT UDDER BASICS: How does it work?

How does the udder work? What are the main structures of the mammary gland? Understanding the anatomy and physiology of the udder is the first step to mastering mastitis control and prevention. Here is a quick summary!

The mammary gland is made up of two main structures: the parenchyma and the stroma. 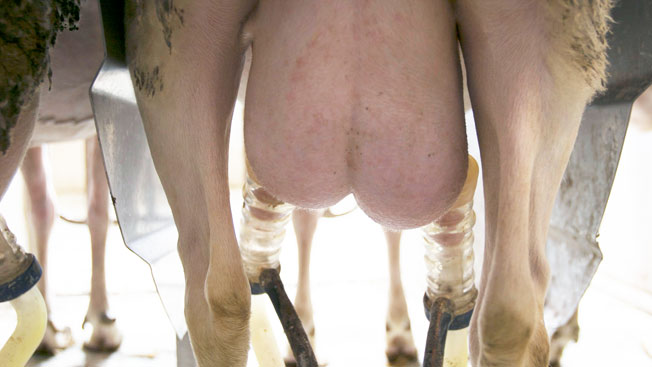 The parenchyma is the secretory part of the gland and is constituted by the so-called alveolar and tubular systems.

The stroma is made up of other complementary tissues such as: the sanguineous and lymphatic vascular systems, and the adipose, conjunctive and nervous tissues.

The udder is composed of 2 anatomically separate mammary glands in sheep and goats. The udder is located in the inguinal region with one gland at each side of ventral midline.

The milk is produced in the alveoli and is transported through a duct system to the cisterns where milk is stored before finally being evacuated during milking. 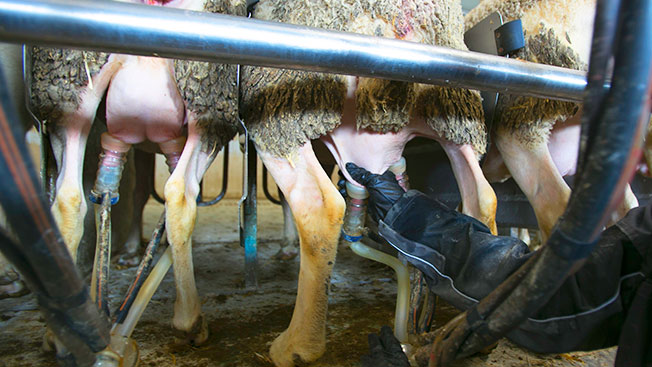 The mammary gland stores the milk extracellularly and this storage can be explained by a model of two anatomical compartments:

● Alveolar milk (milk stored inside the lumen of the alveolar tissue).
● Cisternal milk (milk drained from the alveoli and stored in large ducts, cisterns of the gland and teat).

Generally speaking, in small dairy ruminants, 30% of the milk is stored in the alveoli, while the other 70% remains in the udder cistern.

However, this is variable depending on the breed and the time of the lactation curve. Cisternal milk may vary from 25 to 70% but it is normally over 50% in dairy breeds.

This differs greatly from cows, where it is the opposite, and 70% of the milk is stored in the alveoli, while the other 30% remains in the udder cistern.

Autocrine (or local) inhibition of milk secretion in the mammary gland, as a result of long intervals between milking, has been associated with cisternal size. Therefore, animals with large cisterns produce the most milk and can be milked fewer times a day. 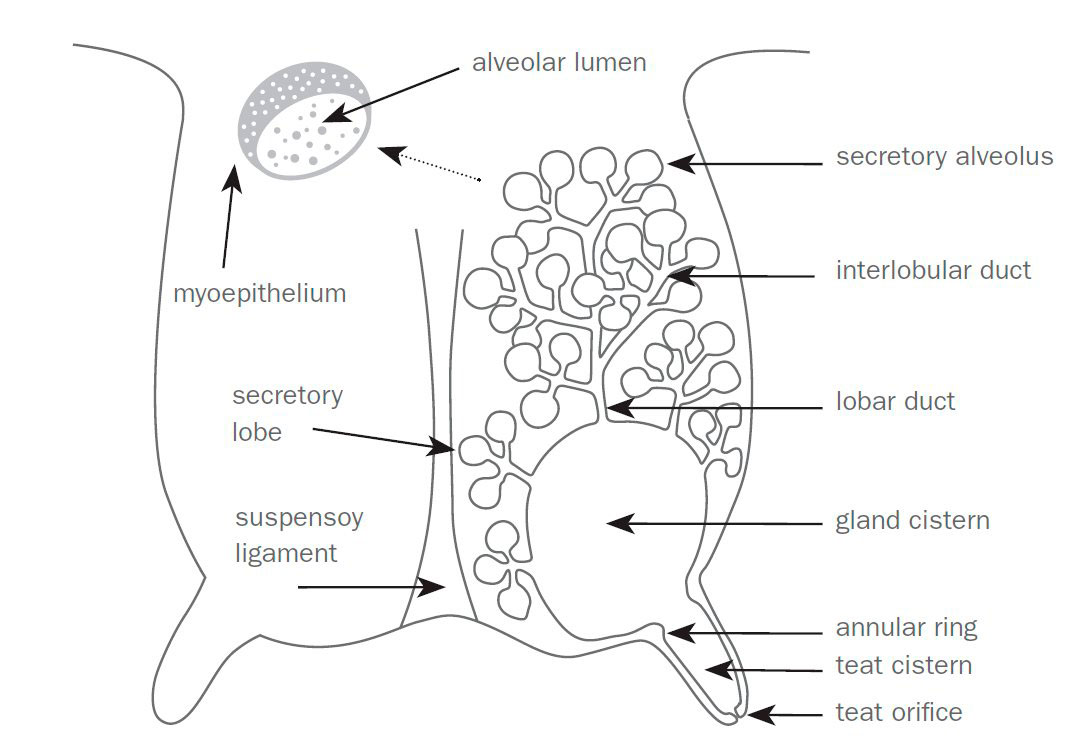 The teat also has a cistern. However, the most important part of this region is the teat sphincter and the keratin plug.

These act as a barrier of protection against microorganisms by avoiding penetration into the udder. The keratin plug is liberated some days before lambing/kidding and regenerates after dry-off of the animal. 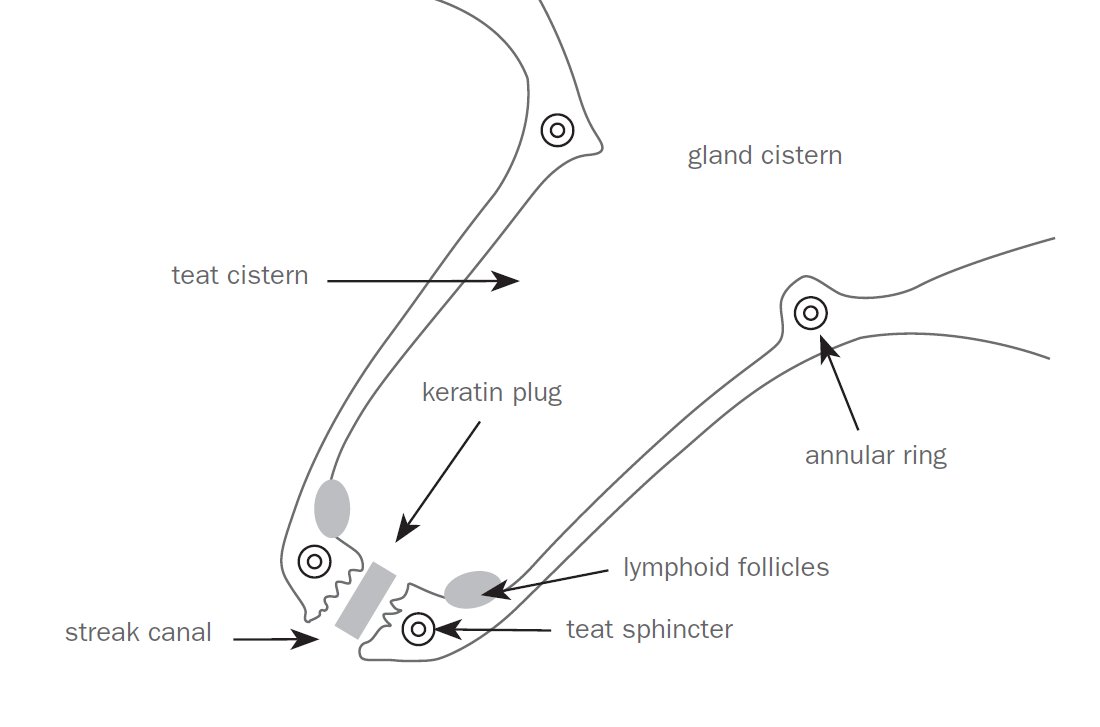 Lactogenesis (milk production) begins between Day 95 and 100 of pregnancy, with the detection of lactose (onset of lactogenesis) after Day 100. The inverse process occurs during the dry period when the alveoli completely disappear after 3-4 weeks and is replaced by adipocytes.

During the involution process, the mammary gland is invaded by macrophages and lymphocytes, which are essential for the synthesis of immunoglobulins and production of colostrum in the next gestation.

“Lactogenesis starts after Day 100 of pregnancy”

Mammary morphology and udder conformation are a key factor in optimizing machine-milking ability in ruminants. Significant differences can be found between breeds and even between animals of the same herd/flock.

“Udder conformation is critical to reducing the risk of mastitis”

Abortions in Small Ruminants: The diagnosis importance and techniques available

VACCINATION: The key to prevention against Ovine Enzootic Abortion

Mastitis: Does it affect animal welfare?

Animal welfare is becoming increasingly important in livestock farming, as it has a direct impact on productivity and profitability. Sheep...

VACCINATION: The key to prevention against Ovine Enzootic Abortion